We cannot attend our beloved venues at the moment; so why not check out some of the amazing films/videos/documentaries of dance and theatre productions from Ireland and abroad.

We will be sharing these across our social media channels as well, so keep an eye out! If anyone wants to share their dance films, get in touch- contact us here.

Image from Cunnigham, a film by Alla Kovgan. 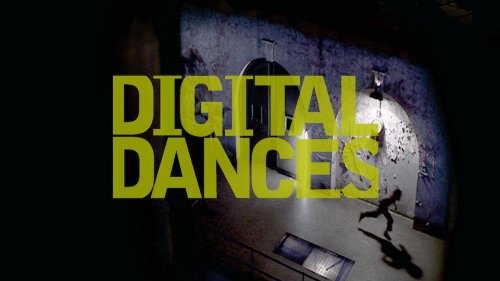 Highlights include POSTCARDS FROM HOME and two CHOREOGRAPHY PROJECTS led by David and Philippa Donnellan. Our SOFA CINEMA series will kick off next week and feature exclusive online private screenings from the CoisCéim archives, the premiere of a new film by our youth dance theatre group, CREATIVE STEPS and special preview screenings of two films from our major Broadreach commission, EXIT 15. Find out details of upcoming free events and projects here.

Wrongheaded merges film, poetry and movement to confront the realities of women's rights and freedom of choice in Ireland. It was created in response to the on-going debate to abolish the Irish constitutional ban on abortion; a ban which was eventually overthrown by referendum in May 2018. While standing as a testament to a momentous time of change in Ireland, WRoNGHEADED also delves deep into the institutional repression that mediates much of our society's behaviour to this day. Driven by Elaine Feeney's spoken word poetry and electrifying performances from the dancers, the piece is a jolt to the system.

The company will stream a new Junk trailer / film from their repertoire every Monday for the coming weeks, while we’re all stuck inside. Starting with ‘Box of Two’ from 2008, directed by Brokentalkers and filmed by Kilian John.

Go to their Facebook page here, every Monday for an new video.

CUNNINGHAM by Alla Kovgan, is a 3D cinematic experience about legendary American choreographer Merce Cunningham. The film follows Merce’s artistic evolution over three decades of risk and discovery (1944–1972), from his early years as a struggling dancer in New York City to his emergence as one of the most visionary choreographers in the world.

Click here to find links to stream the film.

Dance Magazine asked dancers and companies to send in links to anything that's gone virtual due to canceled performances. They heard from people around the world, from major companies to independent makers, and collected the clips and livestreams.
Watch them here

Sadler's Wells presents a programme of full-length dance performances and workshops online, to keep you entertained and connected through dance, wherever you are in the world while their live stages are dark.

The programme launches on Friday 27 March (World Theatre Day), with an exclusive online screening of Deluxe by BalletBoyz at 7.30pm GMT – the same time the work was due to be performed in the theatre. It will be available to watch on the Sadler's Wells Facebook page for 7 days, as the first in their weekly series of Sadler’s Wells Facebook Premieres.

Other Facebook Premieres include a new version of Wilkie Branson’s TOM, a dance for camera installation which would have formed part of their Digital Edition in April, and balletLORENT's spectacular family production, Rumpelstiltskin.

Rosie Kay Dance Company creates brave new dance in Birmingham that tours to audiences at home and abroad. Click on the link below to view their '5 Soldiers' dance performance, filmed in a real British Army drill hall in London in September 2017.

Including choreography by Caroline Finn, Marcos Morau and Lee Johnson, in collaboration with BBC National Orchestra of Wales, Rubicon Dance and Vertical Dance Kate Lawrence; filmed by The Space Arts

P.A.R.A.D.E. and TUNDRA from National Dance Company Wales on Vimeo.

Ballet Ireland presents both traditional full-length classics and new commissioned ballets which resonate with audiences of the 21st century. The originality of Ballet Ireland’s work has attracted a company of highly trained international dancers, who are recognised by audiences and critics for their individual style and razor sharp technique.

On their website, they have a number of short trailers and videos from previous shows and rehearsal rooms: here .

We have a wide range of clips from events and conferences held in Dance Ireland- see here, and from artists we have worked with- see here.

Netflix have a range of ballet documentaties worth checking out:

Login to your Netflix account here; for further details on those documentaries, see here

On World Theatre Day, Friday 27 March 2020 at noon GMT the Royal Court Theatre and The Space will make Cyprus Avenue, the film adaptation, available to watch for free on their website, Facebook, Twitter and YouTube pages for one month.

This is the first time the film is able to be seen internationally.

Dead Centre are a theatre company based between Dublin and London. Watch their award winning production, 'Lippy', which features some Dance Ireland members: Joanna Banks and Liv O'Donoghue.

Irish Theatre Company, making work for young audiences have two of their productions up online.

Berlin’s Schaubühne am Lehniner Platz has pretty much been the coolest theatre in the world since before most us were born. Its bold, iconoclastic, director-led productions have had a huge influence on global theatre, and under the current leadership of Thomas Ostermeier, its reputation has only swelled.

The theatre is opening its storied video vaults on a nightly basis for a strand of work called ‘Coercive Measures’. It’s a simple deal: every night, starting at 6.30pm German time and running until midnight, a different play from their vaults will stream. This some of the most remarkable theatre that has ever taken place, and for this grim period you can stream it into your living room every night.