Outside the Studio: Press Releases with Christie Seaver

Follwing on from our Writing Press Releases workshop in November 2018, this follow-on workshop goes beyond the basic structure of a press release.
This workshop, with Irish Times dance critic Christie Seaver, will further inform participants on how and when to communicate with journalists and critics about your work in addition to:

This workshop forms part of our Outside the Studio programme which further develops the skill sets of dancers beyond the creation of work. 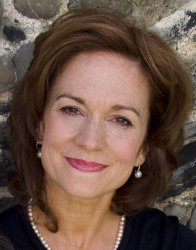 Christie Seaver trained with Nanette Glushak and Michel Rahn at Fort Worth School of Ballet, and then danced with that company under Paul Mejia. She also studied with Anna-Marie Holmes at Boston Ballet School and with Margot Parsons at Boston University.

Following a degree in communications and journalism from BU, she worked as a full-time dance critic for the Boston Herald and freelanced for publications internationally including the New York Times, the Dallas Morning News, DanceMagazine and many others. While writing she has also taught dance criticism, including workshops at Houston Ballet Academy and as a writer-in-residence at the Menil Collection in Houston.

In 2004 Christie qualified as a Pilates instructor, and that same year received a New York Times/National Endowment for the Arts fellowship to study criticism at Duke University, where she met her Irish husband and subsequently moved to Dublin.

Since then she has worked as the ballet critic for The Irish Times and has also freelanced for the Sunday Times, Cara magazine and others. In addition to writing about dance, Christie runs D4 Pilates where she has created a movement form called Ballet-lates® that mixes Pilates-based exercises with real ballet steps to classical music, guided by her experience as a dance critic.