Stephanie is a recipient of a Dance Ireland Residency in DanceHouse 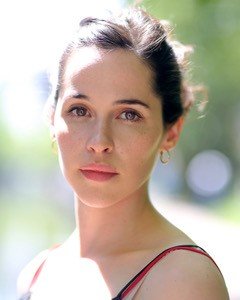 Stephanie Dufresne is an Irish-American dancer, actor and maker from the West of Ireland currently based in Dublin.

She received her Bachelor’s Degree in Dance in 2012 from the Rotterdam Dance Academy and since then has worked nationally and internationally as a performer for Protein Dance, Chrysalis Dance, Marguerite Donlon and Liz Roche.

Stephanie is a graduate of the Full Time programme for Screen Acting at the Bow Street Academy in Smithfield, and enjoys combining her skills in dance and acting in music videos and short films as well as shows such as The Red Shoes at the Gate Theatre in 2017.