Laura Macken is in Residency in DanceHouse as part of the DI Partnership Support Residency.

Our Dance Partnership Support Residency is for Dance Ireland Members with funding or other supports. 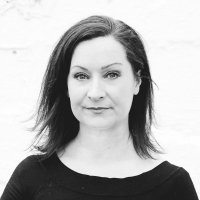 Laura Macken trained at The Irish National College of Dance and joined Dublin City Ballet as a student member at the age of 15.

Dancing with the company for several years Laura danced corps de ballet and solo roles in ballets such as Coppelia, The Nutcracker, Les Sylphides, Pas de Quatre, and Gisele.  The company also extended its repertoire to many contemporary and jazz works in which Laura danced, such as Transfigured Night by Anna Sokolow and works by Arlene Phillips.  The company also featured in The Dublin Grande Opera Society’s productions of Aida, Macbeth, and Turandot.

Following the company’s closure, Laura became a freelance dancer and was a founder member of Irish Modern Dance Theatre, and was featured in many of their productions. She also worked with Dance Theatre of Ireland, CoisCéim Dance Theatre, Co-Motion Theatre, and many other musical theatre productions in the Gaiety, Tivoli, and Olympia Theatres.  Other theatre credits include The Secret Fall of Constant Wilde, at The Abbey Theatre, The Barbican Centre in London, and the Melbourne Theatre Festival, and more recently, The Dead at the Abbey Theatre.   Film and television credits include Penny Dreadful, Sunday Night at the Olympia, Circle of Friends, Widow’s Peak, An Awfully Big Adventure, and The Bernadette Greevy Show.