Jessie is a receipient of a DI residency for 2023.

Jessie's personal practice recently has revolved around improvisation as an individual and with other performers and musicians. Her work as an emerging maker is taking on a similar form as that practice bleeds into her creations.

During this residency Jessie will be focused on understanding and outlining her methods, both improvisation and choreographical in order to upskill as a collaborator, performer and facilitator going forward, she will do so by studying archive footage, reading her own writings and researching methods related to her practices and influences and by allocating time for play in the studio and documenting it. 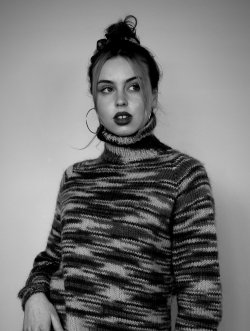 Jessie Thompson is a Dublin based Dance Artist specialising in Experimental Contemporary and Hip Hop dance.

Jessie works as a professional Dancer, Choreographer and movement director across Live performance and film as well as teaching and mentoring multidisciplinary artists.Jessie is heavily immersed in Ireland’s Street Dance Community as a hip hop dancer who frequently battles and hosts collaborative event.

Jessie has received several awards from both Dance Ireland and Arts Council Ireland to continue her artistic Development and she has recently performed in Emma Martins Night Dances, Liz Roche Lighting Design Project as dancer/choreographer , Dancer From the Dance in “Untethered”, Draiocht Blanchardstown in Monica Munoz ‘Connect The Dots’ , Dance2Connect Festival both in NSCD Leeds and Civic Theatre Tallaght, she has worked with theatre Artists OnetwoOnetwo, Tasteinyourmouth and Shaun Dunne in past and upcoming projects.

After two years of creating her own short works for street dance festivals Jessie was commissioned by Dublin Dance Festival 2022 where she performed her own work in progress “From One” with ongoing collaborator Jason McNamara which is now in ongoing development . Jessie works with several Irish Artists and production companies such as LunaDuo, MotherLand, Tiny Ark and Cltv Films creating short films and Music Videos as Choreographer/Movement Director.

Jessies style of dance and work is unique to her and a joyous representation of her broad background mixing several forms of dance trained abroad like Commercial, street dance and Contemporary across LA, Poland, Spain, UK and Ireland.