Yasmin is a recipient of a Dance Ireland Residency in DanceHouse

Marbleface is a dance horror monologue inspired by a solo piece created as a final assignment for the Embodiment Practices Discipline of the first half of the TCD MPhil course in Theatre and Performance. Even though this new research explores a similar theme, I have been working with the writer and dramaturg Ciaran Lawless to give the piece a new and more dramatic feel. The piece follows Annika, a strong and troubled woman that in her infinite ambition and pursuit of power discovers a demonic creature who she has the ability to summon.

This piece is about mysticism and is a modern witchcraft tale, but I also see this project as an opportunity to have a female character with many dimensions.Annika is is a character that is not entirely likeable, she is even cruel at times, but is incredibly human and falls captive to her own desires.The research proposes to integrate set design and to play with elements of the scene as a crucial aspect of the storytelling. I have been playing with natural elements such as water and earth and investigating how they can be used to inform this practice.

Dance and horror are two styles that can co-exist very well together because horror implies an innate embodied experience, playing with the aspects of fear and suspense to provoke visceral reactions in the spectators. We will also collaborate with a music artist, who will develop an original soundtrack to help create the horror atmosphere we are looking for in this work. This three act piece will enable research into how we can maintain the suspense and play with the horror archetypes in a performative scenario. 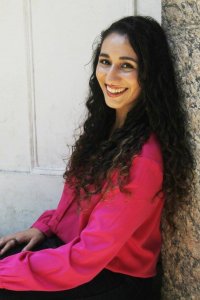 Yasmin Mello started training when she was six and has since trained and worked with some of the most influential dance teachers and choreographers in Brazil and internationally, including Nora Esteves, Alex Neoral, Yelle Bittencourt, Sue Samuels, Maxine Doyle, John Scott, Mihaela Griveva, Steve Batts.

Having graduated from Angel Vianna Dance College (RJ) she specialized in Classical Ballet, Jazz Dance, Contemporary Dance and Pilates. She has performed with several dance groups in Brazil and twice took part at the Panorama Festival: in 2011 with her own work "Gira a Gira" as part of the Universities Showcase and in 2014 as part of a Residency with Cena11 Dance Company. In 2015 she started working as Assistant Director and Performer at Portus Dance Company, an independent dance company based in Rio de Janeiro; together they created a collection of short screendances, a sight-specific performance and a stage work called “Palavras”. In addition, she also directed the short screendance “Tempo” which was selected for the Dança em Foco Videodance Festival. After moving to Dublin in 2016 she worked as a Dance Director training and choreographing a group of young dancers with the Lucan based company Next Level Dance Center and together they received numerous dance awards such as the “Outstanding Choreography Award” with the Twilight Festival in 2017.

Most recently she was awarded an M.Phil in Theatre and Performance with Trinity College Dublin; she has co-written, directed and choreographed the play Oi!, which premiered in February 2019 at the Scene+Heard Festival and was also granted the LaunchPad Bursary from DanceHouse Dublin to work on a version of “Oi!” adapted into a short screendance (currently in the editing stage). Besides that, together with comedy actor and writer Johny Walsh she has developed and facilitated the project “Mobilising” which was awarded the Trinity Equality Fund 2019; a socially engaged workshop and flashmob for the college’s students and staff. She was awarded a scholarship by Echo Echo Dance Company together with DanceHouse to join the company in their Echo Echo Dance and Movement Festival last November.

Recently she was invited by Landscape Theatre and Processional Spectacle Company LUXe to perform in the Chinese New Year in Hong Kong and is preparing for a dance residency at Shawbrooke with dancer Juliana Tarumoto while working on a dance-theatre horror piece called "Marbleface" with writer and filmmaker Ciarán Lawless to be performed as a work-in progress in the next Creating Space at Dance Theatre Ireland (All these events have been cancelled or postponed due to Covid-19 situation).