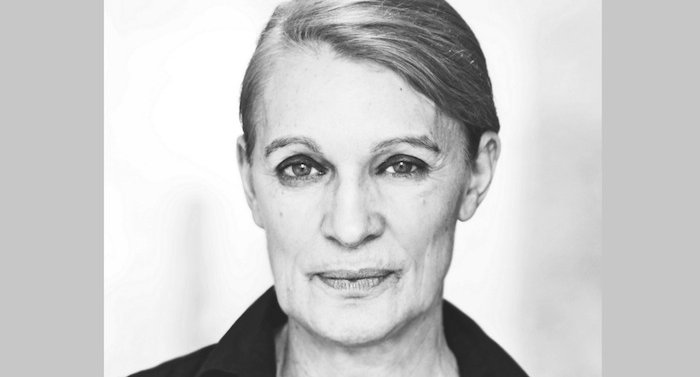 How do you best identify yourself now as an artist?

I now identify myself as filmmaker, dance artist and performer.

Would you have said this 10/15/20 years ago?
Twenty years ago I would have described myself as a ballet teacher and fifteen years ago I had difficulty describing myself as a choreographer (I founded Night Star Dance Company in 2003 as a vehicle for my choreography).

What experiences have changed the way you see yourself?

In 2010 I reluctantly gave up teaching my adult evening class in ballet as I wanted more time to concentrate on my company. For four months I went to classes way out of my comfort zone and discovered, to my surprise, that I loved performing! I met Michelle Boule, from New York, when she had a residency in DanceHouse. She made a remark saying 'I would love to choreograph something on you'- this throwaway remark had a big impact on me. I also turned up during that time for workshops with Philip van Huffel. I could only go to three workshops out of five -as I was teaching-and went to see the studio performance. I felt so agitated watching it as I was thinking 'I could have performed in that'. This really was a bolt from the blue for me. I was not expecting to discover this.

Laurie Uprichard, who used to be the DDF Director, chose my work Watch...Es for the 2009 DDF. She was always tremendously supportive. She came to see my piece about clerical child abuse, Full...of Prayer. I had a coffee with her and asked her for suggestions. She suggested that I go to Movement Research in New York. I researched DTW meticulously and got a slot in Feb 2011. Someone said to me beforehand was I going to perform here in Dublin and I said 'no'. I thought it would be easier to fail in New York! We had a Q and A after the performance - everyone got 15 mins - and one young woman said to me (the piece was about marriage, motherhood etc) 'I get what you're saying'. This had a tremendous impact on me. I felt validated in some way. After that I performed in Steve Paxton's Satisfying Lover and State at MoMA (latter won Best of Dance 2012/Time out): in Table of Silence, Buglisi Dance Theater, Lincoln Centre 2013 and in Sari Nordman's film A Dadaesque Collage of Chauvinist Wisdom. And in 2012 I had a lovely time touring Ireland with Junk Ensemble's Five Ways to Drown. I had never toured before and found it all very exciting! Megan and Jessica Kennedy were great to work with. In 2011 I appeared in maKe,i mean, with Adrienne Truscott, for John Scott's company. They were all such wonderful experiences. (Image: Luca Truffarelli)

Also in Feb 2010 I was at a very low ebb artistically. I was finding it impossible to get my work on anywhere. Two choreographers (Megan Kennedy and Mairead Vaughan) offered to go in with me, so we could have an hour long piece. In the end I called the attempt off as I was getting no response from theatres anywhere and didn't want to mess other artists around. I then went to Meagan O'Shea's workshop, in DanceHouse. She was good to work with. She was handing out leaflets for BIDE (Barcelona International Dance Exchange). I was a bit hesitant, asked her if I was too old and she said 'no'. So I went there for four/five days. It was such a wonderful experience! Sebastian Garcia Ferro,Fabritia D'Intina and Marcela Imazio,who ran it, made you feel very respected. I also had several dancers saying that they would like to work with me. I have since gone back twice and once to Buenos Aires, when they moved it there.

Through the past 20 years or so since I have been on the dance circuit, I have to pay tribute to John Scott. He has been a tremendous support. I contacted him several times over the years and he would either call me back to go for a coffee with me. I was really despairing at those times as I kept getting refusals. He always encouraged me to keep going which I so appreciated.

In 2014,we had put on a triple bill in Project Arts Centre-to be fair Willie White did allow me to have a private showing there for my first work 'Bow-Tie like 'Chioni' in 2003.The works were Who Am I?,Freedom-to go! and Table Manners/Stopping at Red Lights. They were on for three nights and well attended. Cian 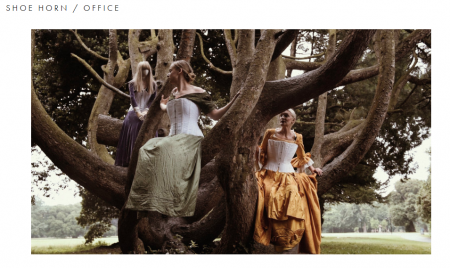 O'Brien was very helpful. That Christmas I met my stage manager Mags Corscadden for a drink. At the end of the evening, she said to me that those pieces should be turned into films. So after Christmas I got in touch with Deirdre Mulrooney and she very kindly suggesting my contacting Luca Truffarelli. I phoned him in Jan, we met in March and filmed Table Manners/Stopping at Red Lights on about the 12th of June. It was a gamble for both of us. I had never collaborated with anyone before. He said that I could look through the lens of the camera all the time he was filming, but after about 15 mins I knew that we were artistically in tune. In 2015 we turned Freedom-to go! into a 8 and 1/2 min film (both this and Table Manners were 30 mins dance works). We flew to Matera, in Southern Italy and filmed it in a quarry -which turned out to be like a Hollywood film set as we had several options for scenes. This year we made Shoe Horn/Office -and this was not a live dance work to begin with. On all three occasions we had torrential rain for one of the filming days -we only had two days shooting for each film. I find that Luca and myself work very well together and are in tune with what each is trying to achieve. To my surprise, the first film won a few awards (Silver Screen Award in Nevada Film Festival, Accolade Global Film Competition, Best Shorts),so did the second one (IndieFEST California, Audience Award in Brooklyn) and the third one has won an IndieFEST Award in California. The awards are lovely to receive but what is even more important is that the films get to be screened and shown to the public. Some guy after the AIFVF screening in Athens Ohio said to me:' How come you know us so well and you don't live here?' This to me means that at least some of the message is getting across.

In the very early days and after, Anica Louw was so encouraging to me. I sent her my very first piece of choreography -Swirling Leaves. I thought it was a masterpiece (!) but actually it wasn't that good. I remember, with shaking hands, reading the letter that she had taken the trouble to write to me. She made suggestions and said that 'you have a good eye'. This encouraged me a good deal.

My dancer Michael Cooney, whom I have worked with since I started the company in 2003 is another inspiration.He is now a very good friend but he has been a super supporter all the way along. It was he who kept saying to me that I should perform and initially I wasn't having any of it! He is also my 'third eye' on shoots as I trust his judgement. He delivers 150% in all his performances! Paul Johnson, in Dance House, has also been very helpful to me providing residencies (I have had two).

I am very grateful to Mary Wycherley and Jurgen Simpson as Light Moves in Limerick were the first to accept my film Table Manners/Stopping at Red Lights. It was nominated for Best Irish Short in 2014.That initial acceptance meant so much to me as I was so used to having my work turned down. (Image: Luca Truffarelli)

You had a ballet school for many years. At what time did you feel it was the right time to change direction?
I ran Nachstern Ballet School for 19 years. I really enjoyed it and had many children who came to me for several years, over the years. I always used to do a mime at the end of class which got so popular that the children wanted to do it the minute they came into class! In the last few years, when I started performing, I was very lucky to have Laura O'Callaghan who could take over for me when I had to travel abroad. I took a sabbatical in London in 2016 for four months as I felt I needed to have a short break from teaching. I spent the time going to ballet class five days a week and working on my film. Again I was lucky that Amy Byrne was able to take over for me. I decided at the end of the sabbatical that I would like to have someone run the school for me. Unfortunately neither Laura nor Amy were in a position to do this. Rather than take someone whom I didn't know very well, I reluctantly decided to close my school in May 2017,after our Summer Show.

I am now spending every second month in London. Another reason for this move is that my mother is English and I spent the first 14 years of my life going to spend 6 weeks with my mum, with relatives in Leeds. I like the buzz of London and I have found a ballet teacher -Anna du Boisson - who is very encouraging. I also adore her classes. They are absolutely divine! 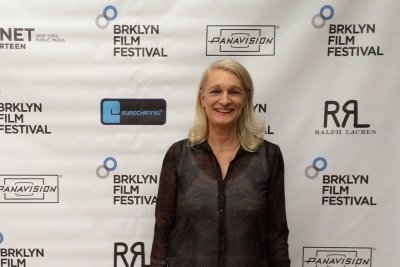 Change is hard, but gives way for new opportunities. How has your life been re-shaped by your decision to no longer have your own ballet school?

The change is a little difficult but I feel it was the time to make this move. I still have a lot of energy and can still work! I registered with various agencies in London and nothing much was happening. However, last week end I went for an audition in London for a casting agency which specializes in film, adverts and dance. To be honest I was flabbergasted when they told me that I had got into the agency! What this means is that I will get to perform more -and it will be nice to get paid for doing so! I am now working on my fourth film, but in a leisurely way.

The artistic life is quite difficult. But I remind myself that no one is forcing me to live this way! I feel driven at the moment and will stop making films when I have nothing left to say. This is my third change of direction but I am still passionate about all the areas that I have worked in. I used to be a translator and still adore languages (I used to translate French, Italian and German into English).I have started learning Spanish but it is not that easy to continue with classes both here and in London! I feel very lucky that I have always been passionate about what I do. And I feel very grateful that I can still do a ballet class even though I am getting a bit older! My motto is that you have only one life -'yolo'- and you may as well do what you adore!