Ballet Class Pianist: On the Verge of Extinction?!

FROM LIVE TO RECORDED MUSIC…QUITE A JOURNEY! ON THE VERGE OF EXTINCTION!

Nolwenn Collet on the journey from live to recorded music (Special offer: 20% discount on album downloads until 31st October)

More and more dancers, amateurs or professionals dance to recorded music, that’s a fact, whether it is for financial or practical reasons and most recorded music for dance gets downloaded off the internet. Sadly but that is another fact, some will never experience live music!! But enough violins!

…So you are nearly there, a click away from downloading music for your dance class, you have browsed the web, seen a lot of albums, listened to samples and you finally chose the music that will accompany your dancers best… 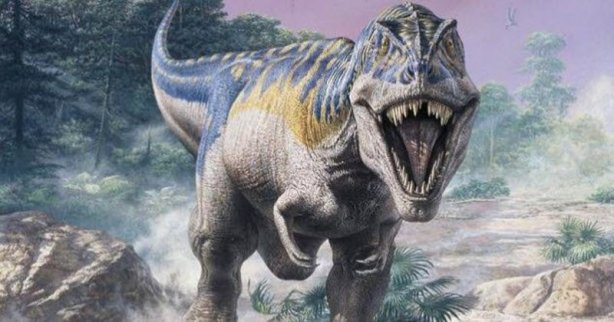 DANCE ACCOMPANIST….PLENTY OF CHALLENGES AHEAD!

When I trained to become a musician for dance, more than twenty years ago in Paris, the task was  pretty challenging! We had to be able to improvise for ballet, contemporary, modern or tap… 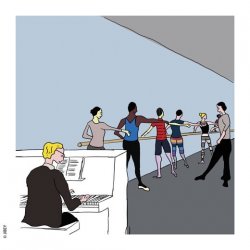 For two years, we learned how to create on the spot 5, 7, or 13 counts phrases within the same piece, to improvise for very avant-garde contemporary dance, to improvise while following a choreographer’s voice as dancers were in the midst of very intricate movements…

So when I look back, more than twenty years later, I realise that my work with dancers now is very different! Challenges are still present though but from another nature!

LIVE LIVE LIVE AT THE CONSERVATOIRE!

On completion of my training, I was appointed full time permanent accompanist in one of Paris Conservatoires (There are 22 within the city of Paris) and years merged into one another between classes, exams, shows…

I did not realise at that stage that France was the country holding the world record of having the highest number of dance accompanists/civil servants!!

Conservatoires in France are public structures funded by the State where Music, Dance and Drama are being taught under the same roof. This derives directly from the structure the Académie Royale de Danse et de Musique created respectively in 1662 and 1669 by Louis XIV, known today as Opéra National de Paris.

Conservatoires exist in pretty much every little town, and are as important for us as our public libraries or public schools. Most Dance Teachers in France will be working in Public structures where there will be dance accompanists (Pianists, percussionists, cellists…) for most classes if not all… Music is mostly live! 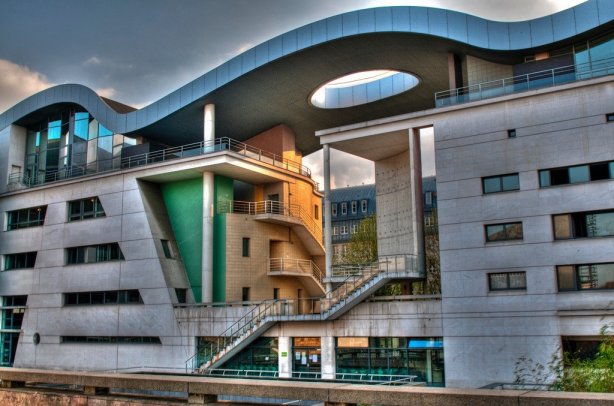 MY VERY SHORT CAREER AS A DANCER…

The first time I got exposed to recorded music for ballet class is when I was three years old.

My parents had a huge collection of vinyls and my favourite was “Selection de Morceaux pour accompagner les exercices de la Danse Classique”  by Odette Benoist, pianist at the Paris Opera.

I would put it on and danced for hours in the living-room. You could hear the clear dynamics for each exercise and could hear the essence of the movements…very inspiring! And you did not need to know how to dance to be able to enjoy it!

Anyway, my most enthusiastic audience for the Adage section was my cat and my carreer as a dancer ended up pretty much where it started:  in the living-room! but music and dance became very closely associated in my mind from that time.

Jean-Jacques Rousseau, philosopher and composer from the 18th century used to explain that: “Music and Dance are like two brothers holding hands.” 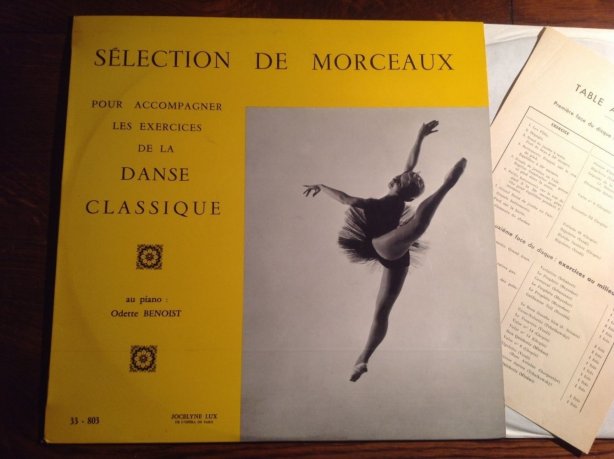 BETTER A GOOD CD THAN A BAD DANCE MUSICIAN!!!

Before I started my training to become a dance accompanist, I was ask to play for a ballet class at the conservatoire. I did not have a clue what they were doing or what to play and and it was a total disaster! After 10 minutes of chaos, the teacher came to me and said:

“ OK, thank you very much. I will put a CD and just listen to it, this is how it should sound!”

Who cared if you were Arthur Rubinstein if you were not able to accompany a beginner’s plié exercise! I felt terrible and realised how difficult that job was, it was not only about being a good pianist, it was about knowing what to play for which movement and you had no time at all to prepare for it, you had to be able to translate instantly a movement into music… so you had to understand the essence of the movement before playing any note otherwise dancers found it difficult to relate to!

If for George Balanchine, “dance had to look as if it was music”, for a dance teacher and dance students, music has to seem as if it was dance!

The CD the teacher used that day was a great one and it was from one of the pianists who most influenced me: Pietro Galli, a concert pianist who recorded hundreds of CDs for ballet class and who also worked at Paris Opera. 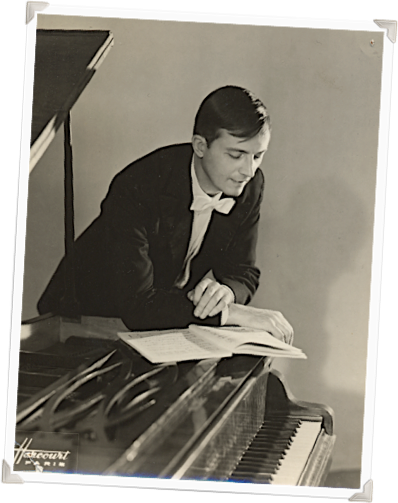 Pietro Galli, one of the most influential Ballet pianists of all times!

GOOD TINNED MUSIC: GET THE BEST YOU CAN!

So if you cannot work with a good musician for dance, you will have no option than buy recorded music. Big teaching’s organisations such as the RAD, the ISTD and many more will offer on their websites their own collections albums of music for classes and exams.

But more and more musicians for dance, mainly pianists produce their own albums and you could classify their production in two big categories: adapted music (repertoire, classical, pop, modern etc…)  or original compositions (especially composed for the exercise or movement.)

Many but not all will prepare their album in close collaboration with a dance teacher.

There is plenty of choice on the internet and you will be able to find work from all continents.

So whether you are buying music for a beginner’s or a professional class, whether you choose to go for well known or original music, if you are going to go for “tinned music’: one thing seems important to me: get a good sound, a good recording, choose if possible a recording made on a real piano, recorded professionally, not a keyboard!

Choose a wide and varied selection for your students to develop their musicality and artistry, and take this as an opportunity to explore different artistic universes and travel in music!

If you are interested in learning more about pianos, head to Noname Music and read their guide to the best digital piano keyboards HERE.