Instant Dissidence is a UK/Ireland-based company directed by Rita Marcalo. She was a recipient of Dance Ireland's Launchpad Bursary in 2019.

Instant Dissidense is her way of bringing different artists together, in different combinations, to realise different ideas: through Instant Dissidence, Marcalo routes herself in choreography; she brings in people from different areas to solve creative problems, and she invents ways of offering other people dance experiences.

Rita’s practice began in dance/choreography but eventually she was more interested in communicating concepts than in sticking to a particular art form. She began collaborating with others to create work in different media, and today she brings in people from different areas to solve creative problems. Instant Dissidence is also a socially-engaged practice where the company foregrounds the role that dance/choreography can play as a social engine: they are ‘artivists’ who believe in the power of connecting art and social consciousness.

Rita has received many awards for her work, and been in receipt of various busaries and residencies internationally, including:

Full CV with up to date awards and commisions- see HERE. 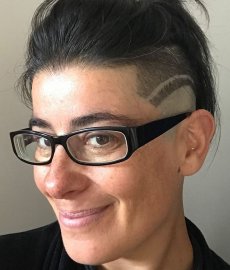