She is Limerick Dance Artist in Residence 2015 -2019 appointed by the Arts Council of Ireland and is a founder and co-curator of Light Moves Festival of Screendance since it’s inception in 2014. Mary’s body of work in performance, film and installation has toured and been exhibited in Ireland and internationally at venues and festival including the Museum of Contemporary Arts Shanghai, American Dance Festival, Rua Red Gallery Dublin, National Museum of Contemporary Arts Bucharest, Kilkenny Arts Festival, Limerick City Gallery of Art, Galway Film Fleadh and West Cork Arts Centre. 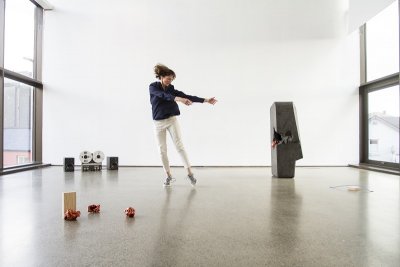 Collaborative processes underpin her work and she has a longstanding interest in innovative modes of presentation for dance and movement. Mary has collaborated with a range of artists including Irish choreographers Mary Nunan, Joan Davies, Liz Roche and composers Jürgen Simpson, Steve McCourt, Ray Harman, sound artists La Cosa Preziosa and Alan Dormer and visual artists Rory Tangney . In 2018 she premiered Sinter a live dance and video work for stage made with French choreographer Hélène Cathala. Currently Invisible Histories, a live dance work specifically for the gallery environment, will premier in July 2018 in Limerick City Gallery of Art. In 2016 Mary premiered Wrongheaded film with Liz Roche Company and throughout 2015 toured In The Bell’s Shadow, a feature length screendance film made with dance artist Joan Davis.

From 2012 to 2014 Mary was one of the invited artists participating in European dance initiatives, including Modul-Dance Carte Blanche programme by the Network of European Dance Houses and as associate artist with E-Motional Bodies & Cities programme. Mary is a former dancer with Cork City Ballet Company, holds a Bachelor of Arts from University College Cork and an MA in Contemporary Dance Performance from the University of Limerick. Since 2007 Mary has lectured in dance and dance-filmmaking at the University of Limerick and most recently held the position as Course Director of the MA Contemporary Dance Performance there. A recent publication, (Per)forming the Triptych / Two Voices from a Work: The Dance of Making is published by Palgrave Macmillan in Dance Matters in Ireland (2018). Mary has acted as a board member for both Dance Limerick and Dance Research Forum Ireland. 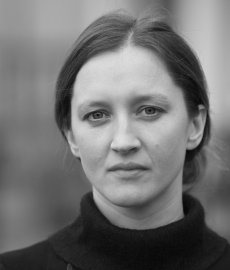