Laura Macken trained at The Irish National College of Dance and joined Dublin City Ballet as a student member at the age of 15.

Dancing with the company for several years Laura danced corps de ballet and solo roles in ballets such as Coppelia, The Nutcracker, Les Sylphides, Pas de Quatre, and Gisele.  The company also extended its repertoire to many contemporary and jazz works in which Laura danced, such as Transfigured Night by Anna Sokolow and works by Arlene Phillips.  The company also featured in The Dublin Grande Opera Society’s productions of Aida, Macbeth, and Turandot.

Following the company’s closure, Laura became a freelance dancer and was a founder member of Irish Modern Dance Theatre, and was featured in many of their productions. She also worked with Dance Theatre of Ireland, CoisCéim Dance Theatre, Co-Motion Theatre, and many other musical theatre productions in the Gaiety, Tivoli, and Olympia Theatres.  Other theatre credits include The Secret Fall of Constant Wilde, at The Abbey Theatre, The Barbican Centre in London, and the Melbourne Theatre Festival, and more recently, The Dead at the Abbey Theatre.   Film and television credits include Penny Dreadful, Sunday Night at the Olympia, Circle of Friends, Widow’s Peak, An Awfully Big Adventure, and The Bernadette Greevy Show.

Laura has also travelled the world performing on Regency, Celebrity and Radisson cruise lines.  Laura settled in America for six years working on many productions as a dancer, and choreographed several large productions, including Cruisin’ 57 for Dick Clark Productions.

Since returning to Ireland, Laura has been a regular ballet teacher for Dance Ireland’s professional programme. She teaches at the College of Dance and has choreographed for their end of year performances. She also teaches company classes and has worked as rehearsal director for John Scott Dance and has assisted with John’s work on “Step Up” dance project in 2013 and 2018, as well as his work with students at the University of Limerick.  Laura has also taught company classes for many of CoisCéim Dance Theatre’s productions, and recently assisted David Bolger with the choreography for RTE’s Centenary at the Bord Gais Energy Theatre.  The centenary year also gave Laura the opportunity to perform in Laochra for the GAA at Croke Park.  Laura has choreographed for Pan Pan Theatre’s production of The Seagull and Other Birds, and A Mid-Summer Night’s Dream at the Abbey Theatre.

Laura is also a qualified yoga teacher, an element complimentary to dance training that many dancers currently desire.  In 2016 she received an Arts Council travel and training award to train in Autism Movement Therapy in New York.  She currently teaches dance classes for people with intellectual disabilities in Stewarts’s Care and in Rossecourt Resourse Centre.  In January 2017 Laura graduated from the University of Limerick, completing her MA in Dance, focusing her thesis on an examination of versatile dancers in Ireland.  In July 2018 Laura choreographed and presented her first original work Connections in the neoclassical style, with funding she received from The Arts Council of Ireland, and through residencies with Dance Ireland and Shawbrook dance. She will engage in a similar project in 2019.  Laura is excited to lead CoisCéims Creative Steps this year. 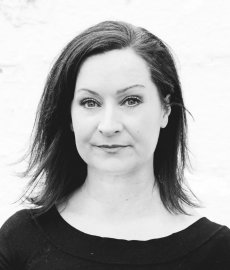