As a dancer, choreographer and educator, Kristyn Fontanella focuses her past knowledge of Irish Step Dancing and presents it in a contemporary context.

She has trained in many dance forms, which has taken her all over the world with professional touring companies, and has now transitioned her unique form of expression into working as a choreographer.

Born in Connecticut, USA Kristyn started dance at the age of six with the Griffith Academy. From a young age she was very successful in competition and went on to compete at international level. Being trained in tap, jazz, ballet, modern and Irish Step – Kristyn was influenced by many artists and continually pushed the boundaries within the strict format of Irish Step dancing. In 2001 Kristyn embarked with touring companies Dancing on Common Ground and World-famous Trinity Irish Dance Company based in Chicago, IL. In 2002 she toured the USA, Canada, and Mexico with Lord of the Dance and with Riverdance in the Boyne Company in 2004.

With Kristyn’s creative nature she soon moved on to a new and creative adventure with Gaelforce Dance. In 2006 Kristyn travelled to Dublin to join a cast of 25 as the lead female in the role of Aisling opposite Johnathan Tweedie as Lorcan. This is where Kristyn found her calling of creating movement using her knowledge of Irish traditional dance in a contemporary context and creating some of her first Irish dance fusion. While touring Europe and Asia for 3 years with Gaelforce Dance and their sister show Irish Nights, she choreographed multiple solos and duets focused on her area of interest. After returning back to the states, Kristyn connected with smaller more intimate shows where she had more flexibility with choreography and range of characters to portray. These shows included Celtic Crossroads and Beyond the Bog Road, where Kristyn was fortunate to work one-on-one with world-renowned fiddle player Eileen Ivers. During this time Kristyn reflected on her dance career and realized she needed to take her practice to a new level.

In 2013, after finishing her BFA with high honors in Theatre and Dance from Central Connecticut State University, she moved to Limerick, Ireland to pursue this next chapter in her choreographic journey at the University of Limerick attaining an MA in Contemporary Dance Performance with honours under Dr. Mary Nunan.  During her time in Limerick Kristyn began teaching movement integration and dance performance to theatre students at Musical Theatre Ireland in Cork, and was asked back for their 2015 season as a regular dance tutor. 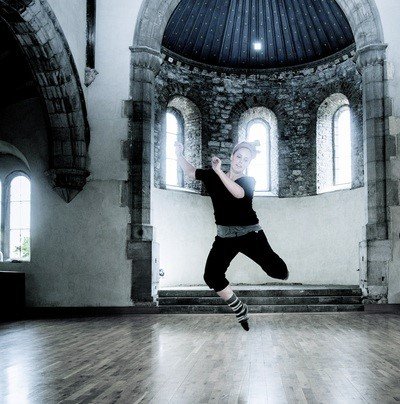 After finishing her degree, Kristyn had a full summer performing 'A Dance Concerto'  choreographer Laura Murphy, as well as being appointed as the assistant manager for the Step-Up Dance Project where she got to partake in daily classes with Irish choreographer Michael Keegan-Dolan and his company, Fabulous Beast. In the fall of 2014 Kristyn was awarded Dance Ireland’s Mentored Residency in Traditional Dance with dance artist and performer Colin Dunne. This resulted in a piece titled ‘As We Know It’, which has developed further with dance partner Sibéal Davitt with support from Dance Limerick, Culture Ireland and The Arts Council. ‘As We Know It’ has shown at DRFI in NYC, Echo Echo Dance Platform, Tanzmesse Dance Platform, Dublin Dance Festival, and at the Question de Danse, in Marseille France.

Kristyn finds producing, rehearsal direction, and performing other artists’ work to be benefit to her practice.  She currently assisting on production and creation with choreographer/performer Jean Butler through her non-profit organization Our Steps Foundation as well as past works including commissioned work by the Seamus Heaney Centre and ‘this is an Irish dance’, a duet with Belfast cellist Neil Martin. This piece premiered in November 2015 at DanSpace in New York City and has shown at the Kennedy Center, Washington D.C. in May 2016. To take a step outside of her own work and immerse herself in another choreographer’s process is a welcome release.

Kristyn resides in Galway where she continues her creative process exploring the two worlds of Traditional and Contemporary dance. She teaches at Dance Limerick and is a tutor on the BA and MA courses at the Irish World Academy of Music and Dance at the University of Limerick. Kristyn was most recently awarded the 2020 Touring Grant from the Irish Art Council for her ensemble piece IN LiMBO. She created, directed and produced her own work which successfully toured 7 venues across Ireland in February of 2020. Kristyn is currently involved with two productions for Galway 2020 European Capital of Culture; Plurabelle, a dance film commissioned by Ríonach Ní Néill through ‘Hope It Rains’ and a site-specific dance piece, Galway Moves, choreographed by Dansnest (NL) supported through Galway Dance Project.  www.kristynfontanella.com 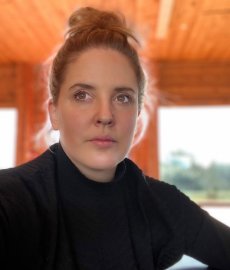