John Scott is from Dublin and a choreographer, performer, singer, founder and Artistic Director of Irish Modern Dance Theatre.

John has been awarded the African Refugee Network’s Culture Award for his work with Refugees and Survivors of Torture and John is one of the subjects of Sadlers Wells’ 52 Portraits with Jonathan Burrows, Matteo Fargin and Hugo Glendinning. 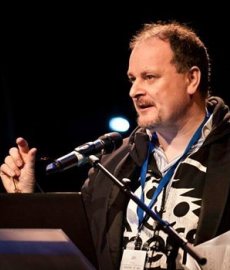