Dublin Youth Dance Company (DYDC) began in 2000 at Dance Theatre of Ireland's Centre for Dance. The objective was to give young people the opportunity to engage in training, creating and performing dance on an ongoing basis.

In 2001 the company hosted the 1st Irish Youth Dance Festival (IYDF) at the Pavilion Theatre in Dun Laoghaire. The event was a huge success and has since grown in its scope and vision.

In 2002 Mariam Ribón was appointed Artistic Director of both Dublin Youth Dance Company and the Irish Youth Dance Festival for 2002/03.

During her tenure, Mariam has overseen an expanded programme of artistic and educational activities, which support young dance students in high-level dance training in contemporary techniques, performance and choreographic opportunities advocacy and careers advice.

Under Mariam’s directorship, DYDC has participated in many high-profile national and international dance events.

DYDC have also partnered with the Dun Laoghaire Institute of Art, Design and Technology where the students create costumes for the senior company as part of their credits for their degree.

In 2009 DYDC appointed Assistant Artistic Director Karla Holden. Since her tenure the company has expanded with the emergence of the Junior section of the company. Karla has also been instrumental in developing the Out Reach Programs for Dublin Youth Dance Company and has taught in many secondary and primary schools throughout Dublin and rural Ireland. 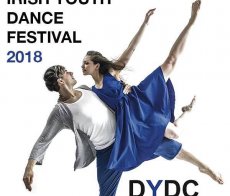