An independent dance artist with a wide variety of organisations, age groups and abilities.

Based in the West of Ireland, since 2000, Catherine is interested in facilitating opportunities for participants, especially those new to dance, to explore movement and dance, engage with the artform and in a creative process using the body as medium. She has worked on Artist in Schools programmes with Roscommon County Council, Teacher Artist Partnerships with Athlone and Mayo Education Centes and her residency in St Patrick's Boys National School, Castlebar, was part of RTE's Creative Schools documentary, 'Creative Kids' . In 2007 she founded The Elderberries weekly creative movement and dance workshops for over 55s, based in Roscommon Arts Centre and was Dancer in Residence for Bealtaine 2018 with Mayo Arts Office. She produced two short dance works on film during her Scaffolding Dance residency in 2018 in Irish Manufacturing Research, Mullingar, supported by Westmeath County Council and Dance Ireland. In 2008 she had a residency in Bank of Ireland, Roscommon, part of Art@Work a Roscommon Arts Office initiative and produced a short work on film 'Dance Works and Money Matters', which was screened in branch during public opening hours. In December this year she will begin a year long residency in Ballina Arts Centre, part of their Arts Council Dance Artist Residency Scheme. She is currently working on her first Commission, 'Navigating a Future', awarded by Mayo County Council. 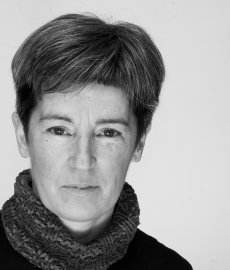