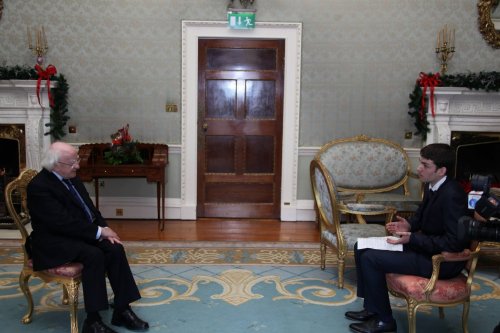 Danny Carroll has joined Dance Ireland having worked in The National Concert Hall box office for almost five years.  With a background in communications, he has presented and produced several music documentaries for RTÉ Radio 1, as well as working as a social media assistant for South Wind Blows (makers of Other Voices music television series).

As an independent musician, he has released two albums with his band Shrug Life, with their music described as “just about landing on the right side of nudge-nudge-wink-wink cleverness” (Irish Times, 2017).

Beyond his own music, Danny is co-curator of the compilation series A Litany of Failures, a double-vinyl collection of new music from across the island of Ireland.  As well as this, he currently presents and produces The Thin Air Podcast, which features in-depth interviews with local and international songwriters.

Previously Danny has presented the music television series The Parlour and Community of Independents for Dublin Community Television, as well as interviewing Michael D. Higgins among others during a stint as Irish Correspondent for Xinhua News Agency (the official press run news agency of China).