Your Next Move Awardees

Dance Ireland, in association with Dance World, are pleased to offer 6 awards of €250 to Pre-Professional Members. The aim of this award is to invest in something that will support artists at the beginning of their dance career. 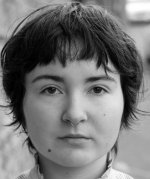 Alex Vostokova is a Russian experimental dancer and choreographer who is currently based in Dublin.

Since 2017 she has been extensively involved with Dublin Youth Dance Company which has facilitated her growth in the exploration and training of contemporary dance. Participation includes: annual Irish Youth Dance Festivals, videography projects and residencies.

Alex devised and performed original work alongside Lucy West as part of Emergence 2018 and 2019, involving the culmination of IT visuals\film. In 2021 she was mentored by Hannah Rogerson on personal choreographic development, producing and performing her piece: “3 Sides to Shuji and why he’s all alone again”.

In 2018 Alex performed with Liz Roche Company in “Naher…Closer…Nearer…Sooner”. In November 2021 she worked with Kate Haughton on a series of site specific performances: “Meeting Another” and was recently involved in residencies with choreographers such as Liz Roche, John Scott and Philip Connaughton. Alex received a successful callback for the final audition round of Oona Doherty’s "Navy Blue" and was recently shortlisted for Project Arts Shortcuts Project Potential.

Emma Browne began her full-time professional ballet training in the Vaganova style at age 15 when she was invited to train in St. Petersburg, Russia. At age 17, she continued her training with Brussels International Ballet School.

Emma was the overall winner of the ballet category at Twilight Dance Competition in 2018, has attended English National Ballet summer intensives, performed many times on stage and at corporate events, performed as Clara from The Nutcracker with the RTE Concert Orchestra on RTE television and has toured performing Swan Lake in Belgian theatres.

Emma is a student teacher registered with the Association of Russian Ballet and Theatre Arts (ARBTA) and a fully qualified Progressive Ballet Technique (PBT) teacher. From September 2022, Emma will be working with and sharing her knowledge with some of Ireland’s leading Ballet schools. 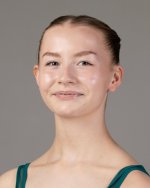 Emily Dunne is 16 and dancing is her forever dream. She is currently an advanced student with Nicola Farcas School of Ballet and she is excited to start her third year with INYB this September.

Dancing and performance is Emily's goal and the dream. The plan is to train professionally in ballet and contemporary dance performance abroad.

Emily will be taking on the daunting and very competitive task of auditioning this season for full time training abroad. 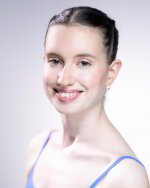 Born in Dublin, Lily trained with Lauren Speirs and was a member of the Irish National Youth Ballet. She then accepted a place in Central School of Ballet, London, where she currently trains.

During her time in the Irish National Youth Ballet, she performed numerous roles such as Snow Queen and Lead Mirliton in Nutcracker (Killian O’Callaghan) and various roles in Snow White (Stephen Brennan) and Cinderella (Killian O’Callaghan). Lily joined Ballet Ireland as a ‘Lady in Waiting’ during their performances of Swan Lake in the Gaiety Theatre.

At Central School of Ballet, Lily has enjoyed getting the opportunity to train in a variety of styles such as classical ballet, contemporary (Graham and Cunningham techniques), improvisation, Flamenco, jazz and musical theatre. She has performed in their annual summer shows, performing pieces choreographed especially for the students by renowned choreographers and tutors such as Resmi Malko, Susan Kempster, Leanne King and Julia Ellis.

Lily was fortunate to get the opportunity to perform in the recent Unite for Ukraine Gala in Sadler’s Wells Theatre, London bringing together the top vocational dance schools from across the United Kingdom in an effort to raise funds for aid in Ukraine. Here, Lily was a dancer in the Flamenco piece ‘Bolero’ originally choreographed by Sherill Wexler and later restaged by Emma Flett. 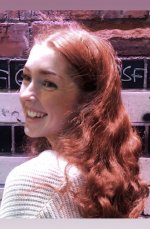 Imogen is currently in training in Oslo, in Year 2 of a bachelor’s degree in Classical Ballet at Oslo National Academy of the Arts. She began studying there in August 2021, aged 16.

Imogen has completecd her training under the following teachers: 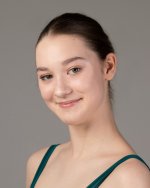 Shana started ballet at the age of 12. She trains at the Nicola Farcas School of Ballet in Dublin. Shana joined the senior company of the Irish National Youth Ballet (INYB) in 2020 under the direction of Lindsay Ashe Browne.In addition she became an associate of Ballet Boost in 2020 and trained in Belfast under Niamh O’Flannagain.

Shana has experienced many semi-professional performances with the Irish National Youth Ballet and have performed in the following:

She has attended Ballet Boost since September 2020.