This week brings more good news as we announce this year's HATCH recipients.

The last year has been full of change and HATCH 2021 is a response to our changed environment. Covid-19, and the public health measures we are now living with have deeply impacted how artists live and how work can be made.

We saw this award as an opportunity to invest in artists to have time to build resilience – to have space and time to think, reimagine and rebuild. We looking forward to finding new ways to connect and learn from the artists, and supporting the next generation of makers in their development. 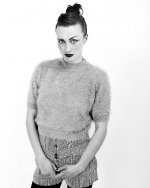 Emily Aoibheann is an artist, aerialist and mentor. Although her expertise lies in circus and aerial, her varied background leads to creative, collaborative and original integration of multiple art forms.
Her work in 2021 is supported and funded by the Arts Council, Fingal County Council, Dance Ireland and the Courthouse Arts Centre, Co. Wicklow. 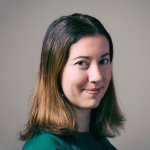 LISA CLIFFE
Lisa Cliffe is a contemporary dance artist, movement facilitator and educator.
Formerly a primary teacher, she holds an MA in Contemporary Dance Performance from the Irish World Academy of Music and Dance at the University of Limerick (2010). She has developed a large portfolio of collaborative work in a broad range of professional, educational and community contexts.

ROB HEASLIP
Rob Heaslip is a dance artist working across both the UK and Ireland. He creates his own ensemble work as well as collaborative works. His works address themes of unconscious, unsought & unexpected behaviour; telling stories about people, how they think, move and act amongst each other. Rob began his career with The National Folk Theatre of Ireland, training at both The Scottish School of Contemporary Dance and The University of Limerick. 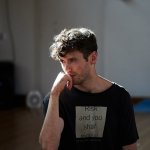 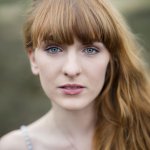 ALI CLARKE
Ali Clarke is a contemporary dancer born in Wicklow, Ireland. Having discovered a love for movement in her teen years she moved to The Netherlands in 2015 to pursue a degree in dance performance. Over the following 4 years, she studied in Tilburg where she came into contact with different movement languages.

ROCIO DOMINGUEZ
Rocío Dominguez is a freelance Contemporary Dance Artist currently based in Dublin.
She graduated in Argentina with a BA degree on Contemporary Dance from Escuela de Danzas Albalutecia in 2013, and continued her studies in Interpretation and Choreography with Companhia Instável in Portugal.

JESSIE THOMPSON
Jessie Thompson is a dancer, choreographer and teacher based in Dublin.
As a young dance artist, she is specialises in experimental dance and hip hop freestyle/ hip hop choreography; both of which she is teaching all around Ireland and abroad; as well as choreographing national/international theatre pieces/showcases and concept videos.

Caiomhe Wandel-Brannigan
Caoimhe is a dancer, choreographer and teacher. Growing up in the West of Ireland, Caoimhe began her classical dance training at the Mayo School of Ballet under Una Donlon. After receiving an IDTA Theatre Dance Award Nomination, she was accepted into the Academie Americaine de Dance de Paris, and later into DanceEmotions in Freiburg, Germany, where she completed her professional training.