Dance Ireland are delighted to produce an original film, Dancing by Distance, for Cruinniu na nÓg 2020, commissioned by Creative Ireland for this year's event.
We look forward to sharing this with a wider audience, celebrating the creativity, talent and passion of young dance artists on 13 June on RTE 2 from 1.30pm.

With movement direction by choreographer Luke Murphy, a Dance Ireland Associate Artist, and original score by Michael Fleming and in collaboration with Invisible Thread Films, Dancing by Distance features over 35 young dancers* across different locations, styles and circumstances throughout Ireland, who each devised a dance solo. 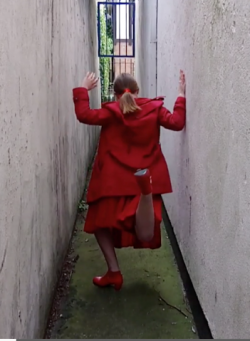 In the creation of the film, dancers were given movement inspiration by way of the score and points of consideration while listening. Choreographer Luke Murphy, gave the dancers references for filling space, movement and rhythm qualities to explore while film company Invisible Thread Films, gave the dancers guidance on exploring ways to film: varying the formats of their shots; the use of small spaces as well as furniture and walls as well as time of day to create different atmospheres.

With over 85 submissions** (see list of dancers below), this project has captured a unique moment in time and is a testimony the the rich creativiity and artisrty that exists in young dancers in Ireland. The quality was incredibly high for everything we received, there wasn't a video that we didn’t consider. Each and every submission contributed to the creative process and shape of this film. 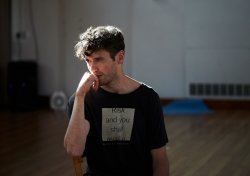 Originally from Cork City, Luke is a performer and choreographer based between Cork, New York and Brussels.
Luke has danced with Ultima Vez since 2014 touring internationally in productions of In Spite of Wishing and Wanting, Booty Looting and Spiritual Unity and Punchdrunk since 2009, performing leading roles in the original casts of Sleep No More in Shanghai (‘16-‘17), New York City (’11-‘15) as well as productions of The Drowned Man in London and Sleep No More in Boston. In addition he has danced in the companies of Martha Clarke, Kate Weare, Pavel Zustiak and in projects with John Kelly, John Scott, Jonah Bokaer, Erik Hawkins Dance Company and Bill T Jones/ Arnie Zane Dance Company.

Luke founded Attic Projects in 2014 as an umbrella for his various independent projects in dance, film and theatre. Luke is the producer and director of The Catch8 Workshop Series in Cork City. 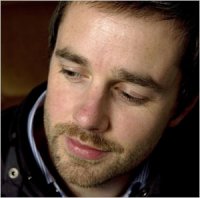 Michael has been at the forefront of scoring for film, TV and dance in Ireland for the last decade.

Some of his more notable film projects include the award-winning films Khor Fakkhan 1507, Katie, Mattress Men, The Queen of Ireland, Voices from the Grave, and the BAFTA-nominated animation film, Here To Fall. His TV work also regularly features on RTE, BBC and other international broadcasters.

Dance work includes multiple collaborations with Coisceim Dance Theatre such as the live dance/multimedia installation Body Language, the dance film How To Sink A Paper Boat, and the multi-award winning dance film, Deep End Dance.  Other dance projects include Ultima Thule and Woman Stood Regardless with choreographer, Catherine Young.

Invisible Thread are an award winning production company led by EMMY and IFTA award winning filmmakers Anna Rodgers and Zlata Filipovic. From comedic and powerful ad campaigns to longer form work making award winning documentaries, we have produced a diverse slate of creative content for television, cinema and the web. We have specialised experience in dance film having produced films such as 'The Wake', 'Motion Sickness', 'WRoNGHEADED' and most recently Tribeca award winning film 'Welcome To A Bright White Limbo' with choreographer Oona Doherty. 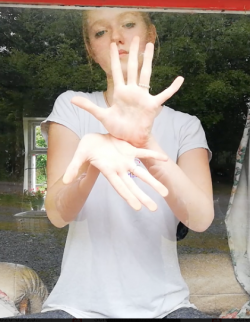 * dancers who were used in the final film

Cruinniú na nÓg 2020 is a collaboration between the Department of Culture, Heritage and the Gaeltacht, the Creative Ireland Programme, local authorities and RTÉ, and is part of the Government’s #InThisTogether campaign which is supporting everyone to stay connected, stay active and look after our physical and mental wellbeing.