Catalyst is a series of 2 enhanced, fully resourced, week residencies at DanceHouse in March/April 2022. Catalyst supports a model where artists are valued and paid and where makers receive the support and resources they need in a creative process to experiment, develop and work collaboratively. To achieve this, Dublin Circus Project, funded by the Arts Council, offers a variety of support, which includes access to a rigging technician, a €1,200 award which covers artists’ fees and expenses and a €2000 award which covers the expense of working with a mentor. In addition, Dance Ireland and Dublin Circus Project offer in-kind support such as advice, administration and documentation. The artist will also engage with the circus and dance community and other segments of the arts community as relevant to their practice while they are in residence at DanceHouse. 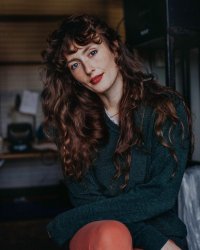 My practice is intuitive, interpersonal and physical, strongly influenced by artistic and technical elements of aerial dance and circus, inspired by over a decade of creating work in these art forms. I am interested in the symbiosis of human, object and environment, and the tension generated by two things meeting: what philosopher Louis Marin describes as ‘the space between where new meaning can emerge’; or what Graham Harman simply calls ‘emergence’.

I have restless curiosity about ideas of all kinds; philosophical, social, ecological, historical, magical, political. I use my practice as an aerialist alongside highly experimental and conceptual approaches to circus arts, to explore these ideas. With the body at the centre of my work, I harness implicit and subterranean modes of communication and action with collaborators to explore kinetic and structural transformation in the material world. In my work, I seek to evoke energetic thin-spots and visual dreamscapes where interior landscapes may be revealed, understood, exchanged and explored in non-linear ways. This can naturally but not exclusively extend to include physical and emotional extremes in performance.

My varied background in music, performance and academia, leads to highly creative, collaborative and original integrations of multiple art forms, realised with a broad artistic and technical team crucial to the significant ambition, scale and quality of the artistic production.

As a mentor, dramaturg and facilitator to artists and companies, I focus on the development of personal methodologies, creative rigour and artistic permission, towards experimental and intellectually engaged performance work of significant quality. 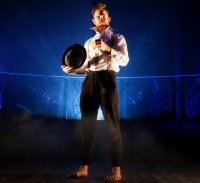 Sean Smyth has been educated in Scotland France and Denmark. He has been working across Europe for the last four years. Most notably, he produced a show called Tony's Christmas Cabaret.

Recently he has been working with Out of Balanz, on their show, "Before we Disappear/ Før vi Forsvinder." For this residency he will be working with Moa Asklöf Prescott, and they will be mentored by Raymond Keane.

Moa Asklöf Prescott is educated at Akademiet For Utæmmet Kreativitet in Copenhagen, from which she graduated in 2012. Since then she has been working in Europe. Her language is strongly influenced by physical theatre and physical comedy, and lies between the very serious and very silly. She is currently co-creative director of both companies "Tanter" and "Sputnik and Wild Wonders." 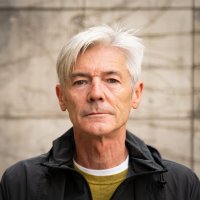 Now in it’s 21st year Barabbas continues to create and produce theatre that is physical, visual and visceral. At the core of Barabbas is the sensibility of Theatre of Clown with the aim of creating a truly modern sophisticated form that is relevant to its audience of today and in the future. Barabbas sees itself as the leading Irish Company in theatre of clown, which supports its unique form of physical storytelling. www.barabbas.ie

Ignition is a fully resourced 2-week residency for emerging circus or multidisciplinary artists to develop new skills or pursue an artistic impulse. Artists in residence are offered a variety of supports, which includes : Studio Space, an Artist's award of €1400, a Mentors' Fees (up to €2000 in total), Photography / Videography, Stipend towards the purchase of materials, and access to a rigging technician. In addition, Dance Ireland and Dublin Circus Project will offer in-kind support such as career advice, administration and production support.

We are delighted to announce that this year's Ignition Residency recipients are Claire Carroll and Helen Keenan. 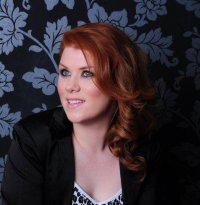 Helen is an emerging multidisciplinary artist with a passion for creating innovative, dynamic and high-octane performance. With a background in drama, physical theatre and dance, Helen brings to bear various strands of creativity to the making of her work. She has a great love for fusing live performance with elements of both pre-recorded and interactive technology, bringing these strands together through projection and infrared-triggered live AV affects.

Helen is greatly influenced and inspired by the cross section between dance and circus, a junction that has swiftly become the dominant focus in her arts practice. She is deeply interested in how these two disciplines can co-exist, support and transform storytelling within performance.

Recent research and practical exploration has included investigating the combined physical and narrative potential of dance and circus, and the creative transitions between floor based dance, physical theatre elements, and aerial apparatus ie. Straps.

Helen will be working with mentor Fadi Zmorrod 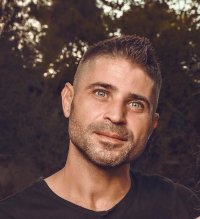 Fadi Zmorrod was born in Jerusalem, Palestine. He discovered his passion for contemporary circus and later its crossover with movement and Dance when he co-founded the Palestinian Circus School in 2006, training in short courses at the Centre National des Arts de Cirque (France) and Ecole Superieure des Arts de Cirque (Belgium). Fadi then joined the Vertigo Circus School (Italy) in 2010, where he trained for two years to become a professional Circus Artist. Following graduation, he performed in and toured with shows with PCS, Les Ballet C de la B (Belgium), The Royal Flemish Theater, Cirkus Cirkör, Malmö Stadsteater, Cinque Blu, Khashabi Theatre, Yaa Samar Dance Theater, and also began directing. He created, along with a colleague, a performance mixing Circus disciplines and Dance entitled B-Orders, which toured worldwide in festivals such as Up Festival, Belgium, New Circus Weekend Festival, Lithuania, Malmö Festivalen, Sweden, SESC, Brazil, Festival de Marseille, France FiCho, Mexico, and more, winning Best Circus Show at Edinburgh Fringe Festival. He was also the Artistic Director of the Palestinian National Circus Festival. He is specialised in the Chinese pole, floor acrobatics, and chair balance, and has recently taken a deeper interest in the Cyr wheel. Fadi has taught in numerous capacities for almost 15 years in very different locations; at the National Academy of Dance in Rome, Italy, in Oslo for the Baltic Circus Network, Cirko Vertigo, Italy, Cirkus Zonder Hander, Belgium, Ludic House, Germany, Ramallah Drama Academy, Palestine, and in tens of other dance and circus schools across Palestine. He recently created a duo, Doulab for Circus and Dance, under which umbrella he and his partner have been working on various projects with Walk Tanz Theater, Willy Brandt Center, and others.

Claire is an emerging, multidisciplinary aerialist, specializing in aerial hoop, with a background in theatre and community arts. Since graduating from Bull Alley Theatre college in 2011, Claire continued to work in the arts, representing and managing artists, but it wasn’t until 2018 that she found Circus and since then has gone on to work with leading companies and aerialists alike. Claire recently made her acting and aerial debut with Fidget Feet on their production of ‘Hatch’ which toured nationally in October 2021 and at the beginning of 2022, Claire was selected as one of six professional circus artists by Circus Factory Cork and Loosey Smokes, to play Oberyn in the R&D week of a Midsummer Nights Dream in Firkin Crane.
Claire will be working with mentor Rachel Ní Bhraonáin 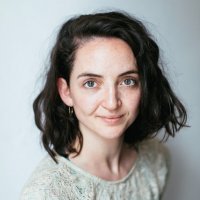 I am a performer, choreographer and director from Waterford, working in dance, circus, theatre and film. My work focuses on storytelling, collaging disciplines, finding humour in dark places and embracing both high octane performance and moments of vulnerability.

Over the past year, I was selected for Creation 21/22; the 8th International PanPan Mentorship programme; received DTF’s Futures fund; an Arts Council project award with co-director Robyn Byrne for Glimmer; an Agility Award for developing my film practice and an Arts Council project award for my show Mosh. In 2020 I was nominated for Best Movement Direction at the Irish Times Theatre Awards for Losing Your Body.