Earlier this year, we put out an Open Call for applications for our Mentored Residency Award.

Mid-career Dance Ireland Performer / Choreographer members were invited to apply for this award which would give them an opportunity to access a self-directed mentorship programme with a chosen international mentor.

Millie will be working with dancer Amy Robyn Lyster to explore work that incorporates use of character, text, movement and sound under the mentorship of renown UK choreographer and artistic innovator Lea Anderson in DanceHouse in the autumn.

'I’m extremely grateful and honoured to receive the mentorship award 2020. This support from Dance Ireland will enable me to work closely with the amazing artist that is Lea Anderson and I am certain I will learn a huge amount during the mentored residency. I am very excited for the opportunity and look forward to starting.  A huge thank you to the Dance Ireland team for making this possible',  says Millie Daniel-Dempsey. 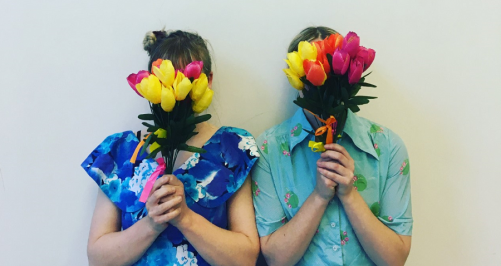 Originally from Ireland, Millie graduated in 2015 from the Scottish School of Contemporary Dance with a BA (Hons) Degree in Contemporary Dance Performance. During her time in training Millie gained experience working with Scottish based company Fuora Dance Project and for Scottish Dance Theatres Creative Learning department which opened up opportunities teach and perform in different projects.

After graduating Millie was accepted into an Elite training programme with Budapest Dance Theatre and from there continued on to Germany to take part in the Crossover Project in Berlin. In 2016 Millie joined the Step Up programme in Ireland where she worked with choreographers Lea Anderson and David Bolger and also started working with Scottish dance company Katie Milroy Dance whom she continues to work with. Since returning to Ireland in late 2017 she has worked on projects with NightStar Dance Company, Cie Nacera Belaza, Sibeal Davitt, Justine Doswell, Monica Munoz Marin and also participated in numerous residencies.

Lea Anderson - Artistic Director, Choreographer, Filmmaker
Lea Anderson is a founder member and Artistic Director of The Cholmondeleys and Featherstonehaughs. As well as touring extensively throughout the UK and overseas, the companies are renowned for their pioneering work in non-theatrical spaces and venues.

In 2002 Lea was awarded an MBE for her services to dance, and in 2006 was awarded an Honorary Doctorate of Arts from Dartington College of Arts. Lea’s work in non-theatrical spaces includes the Quicksilver 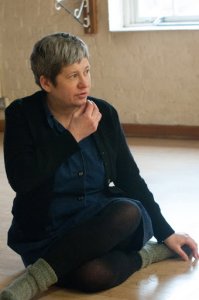 Throughout her career Lea has also created work for television, video and film. These include two series of Tights, Camera, Action for Channel 4 TV in 1992 and 1994, which she wrote and presented, and in 1997 she choreographed Todd Haynes’ feature film Velvet Goldmine.

Lea’s films Flesh and Blood and Cross Channel have been designated as set texts in schools for GCSE and A’ level Dance and Performance Studies in the UK.

In autumn 2014 Lea was appointed Regents Professor at the University of California in Los Angeles and is currently Artist in Residence at the Southbank Centre, London. Lea currently teaches MA modules at Central St Martins (UAL) and Trinity Laban and is a mentor to artists from various disciplines including film, design, music and dance.

Lea’s notable recent work includes Hand In Glove, - a Performed Exhibition of Costume and Dance, in partnership with the V&A Museum in 2016, Trying it On at the Bristol Museum and Art Gallery 2018, Los Amores de Marte y Venus, a commission by The British Council for Danza Contemporanea de Cuba in 2018,  Laberinto, a commission for Compania Danza PUCP in Lima, Peru (2019) and The Alien’s Guide to Dance Gone Wrong, a commission for Maiden Voyage company in Belfast (2019).

Lea currently holds a creative fellowship at The Bill Douglas Film Museum at the University of Exeter.